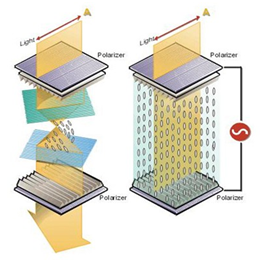 STN ― Super-Twisted Nematic
A high information content LCD that uses adjustable interference of two optical modes to achieve a large number of multiplexed lines, higher contrast and higher level of gray scale. It results in the birefringence mode. An improved twisted nematic fluid (twist or greater) which has better contrast and optimum viewing range than standard twisted nematic.
The graph shows a comparison of a voltage versus transmitted light curve of a typical TN and a supertwist nematic (STN) display. (Generally, a greater twist angle equates to higher multiplexibility.) The V90 and V10 points on the graph indicate the voltages that yield 90 percent and 10 percent light transmission, respectively.
As the figure shows, STN displays have a steeper curve than TN displays, which allows higher multiplex levels for STN displays. (STNs were developed primarily to overcome the difficulties encountered in multiplexing TN displays.)
The multiplex rate is equal to the number of rows that can be displayed simultaneously. For example, a display with a multiplex rate of 400 can display 400 rows of information simultaneously. 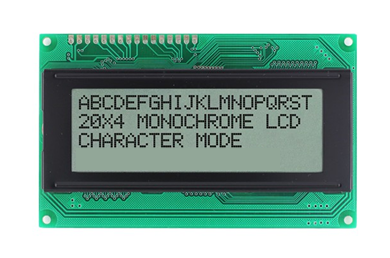 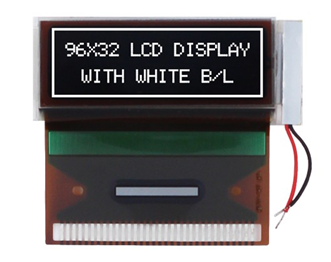 FSTN ― Film Compensation Super-Twisted Nematic
LCD with an extra film added to the outside of the cell to compensate the color shift of blue on green to black on white. The film is made of a polymer with double refraction to remove the interference of colors. It results in retardation compensation.
The film (the top layer in the figure) is placed in the display, either under or over the top polarizer. Some film compensation systems use two films, one on the rear that serves as a collimator, and one on the front that serves as a dispersion film to broaden the viewing cone. Film compensation improves the viewing angle, but does not affect switching time. FSTN is all standard STN displays with a polymer film applied to the glass as a compensation layer instead of the second cell as in the case of the DSTN. This simpler and more importantly cost effective method provides the preferred black on white image for this display technology. 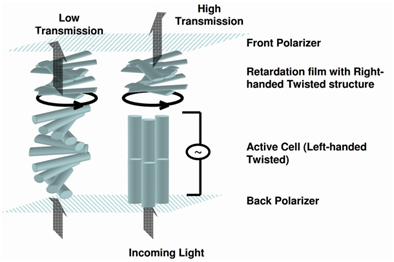